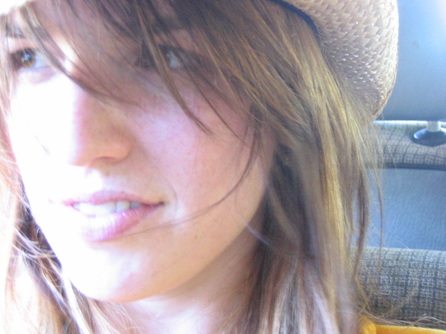 Bree Sharp
A faceless enforcer, Bree Sharp's distinctive voice, and vintage, Billabong tee shirts, strike fear in the hearts of men. She is a legendary bounty hunter, accepting warrants from both the Empire and the animal underworld. She is all business, laconic, and deadly. (Unless someone mentions nutrition or the Alien series. Ugh, then she'll go on for hours...)

Bree has carefully guarded her past, cultivating a curtain of mystery around her origins (see: Wikipedia). She is, in truth, a clone - an exact genetic replica of her highly skilled "father," Mr. Sharp. From him, Bree learned valuable comedy and martial arts skills, and even as a child, was proficient with a blaster, a "priest and a rabbi" joke, and an acoustic guitar.


Bree supports and is active in a butt-load of causes and charity thingies so definitely click here for a link to that stuff.
All other details can be summed up like so: